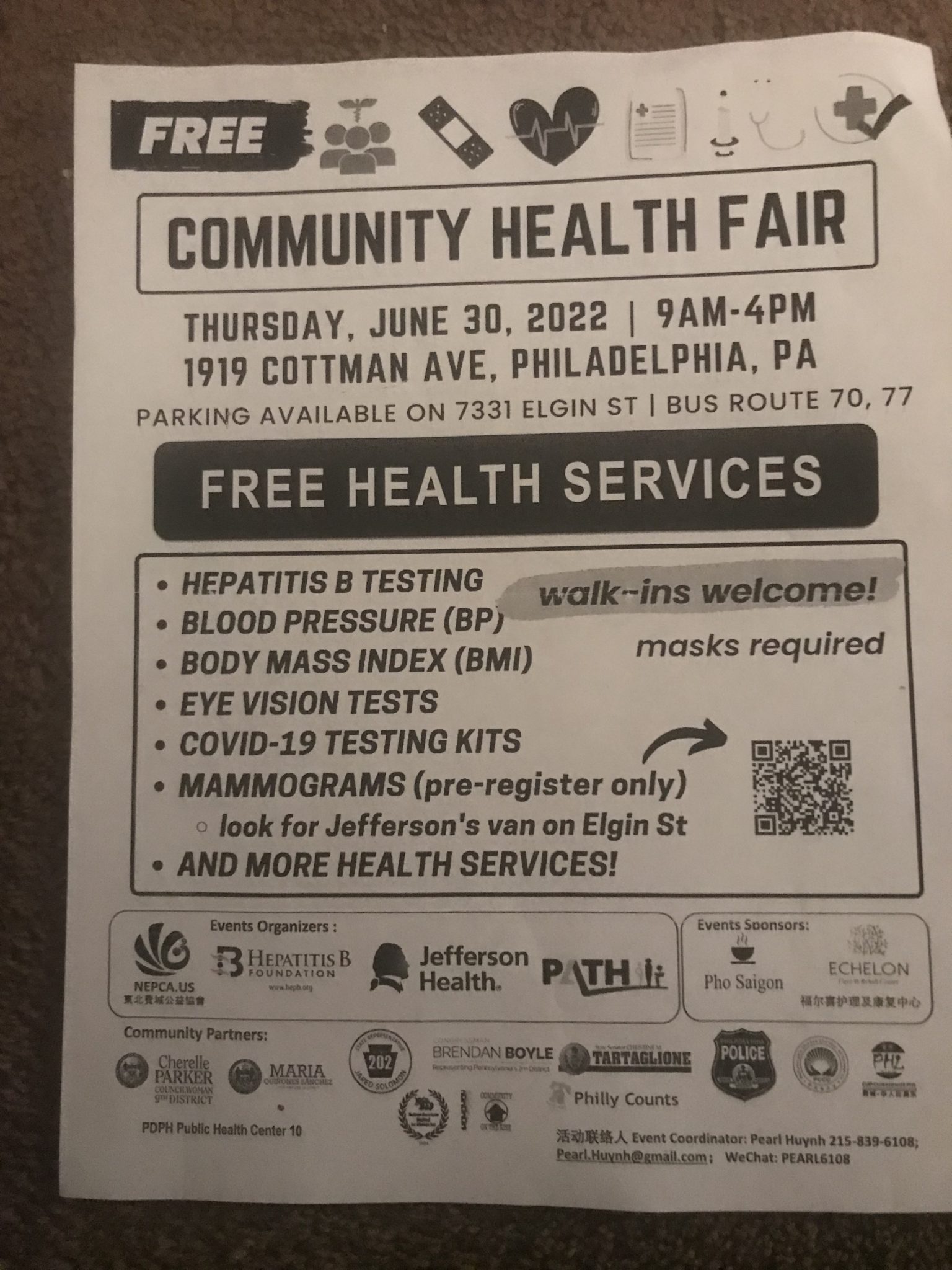 Mroz discussed the arrest of a DoorDash driver after he allegedly shot a 17-year-old Chick-fil-A employee in the leg after an argument over a milkshake at the store from the 800 block of Adams Ave.

Mroz also spoke about the murder of a 14-year-old boy outside 890 Bridge St. He said the victim was enrolled at Woodrow Wilson Middle School. A GoFundMe page has been created to pay for Bobby Yocum’s funeral. Police believe they are making progress in identifying a suspect, who also shot a 15-year-old girl in the eye.

The state provided funds to reopen a Police Athletic League center at Rising Sun and Longshore Avenues, but the required matching funds did not follow.

On a more positive note, a free community health fair will be held Thursday, June 30 from 9 a.m. to 4 p.m. at 1919 Cottman Avenue. There will be vision, body mass index, blood pressure and hepatitis B tests, as well as COVID-19 test kits. Contact event coordinator Pearl Huynh at 215-839-6108 or [email protected]

State Rep. Kevin Boyle will host a senior citizens’ fair from 11 a.m. to 2 p.m. Friday, June 24 at the Fox Chase Recreation Center, 7901 Ridgeway St. A variety of voter services will be available, including assistance with government programs local and state, and a complimentary lunch will be provided. Call 215-695-1016.

There will be fireworks on July 4 at 9:15 p.m. at the Lawncrest Recreation Center, Rising Sun Avenue and Comly Street.

State Senator Tina Tartaglione will deliver book bags at 1 p.m. Aug. 18 at Lawncrest Recreation Center and Sept. 1 at Wissinoming Park, 5801 Frankford Ave. Children must be accompanied by their parents.

The YMCA is Hosting FREE Community Events This Summer