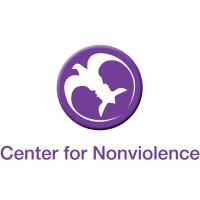 FORT WAYNE, Indiana (WANE) – The Center for Nonviolence celebrates 40 years of education, support and advocacy to end domestic violence and other forms of violence in Fort Wayne and surrounding counties.

Founded in 1981 as â€œMen for Nonviolence,â€ the organization said it was formed in response to a call from women and activists in the Battered Women’s Movement for men to be fully active and engaged in efforts to end violence against women and children. Men for Nonviolence quickly became known as the Center for Nonviolence. Today, the Center offers a range of programs and services to those whose lives have been affected by violence.

To celebrate the history of the Center for Nonviolence, the organization is organizing a number of activities for community members the week of August 23.

On August 24, the Center announced that it will partner with Junk Ditch to host the 40th anniversary community celebration as part of the Junk Ditch Food Truck Rally at 1825 W. Main Street from 5 to 8 pm. This outdoor family-friendly event features a variety of fun activities, including live music from Jazz Knot, arts and crafts, games, and screen printing honoring international women’s movements.

A number of food vendors will also be in attendance: Bravas, Mercadito, Affine, GK Baked Goods, Roko’s Kitchen, Who Cut the Cheese, Kona Ice, many of whom will donate part of the event’s profits to the Center for Non-violence. .

Ana Giusti, a retired staff member who has served the Latinx communities in Fort Wayne for over 25 years, will be a guest speaker. Visit the JDBC Food Truck Rally Facebook page in honor of CfN for more information.

On August 26, the Center announced that it will be hosting its 40th Anniversary Celebration Dinner at Proximo, 898 S. Harrison Street, at 6:30 p.m. The event will include a four-course meal (with vegetarian and vegans), a cash bar and a silent auction. Tickets cost $ 100 for one reservation or $ 175 for two. For more details and to RSVP visit the 40th Anniversary Celebration Dinner page.

The pandemic ended the events of his music community, the rest is history