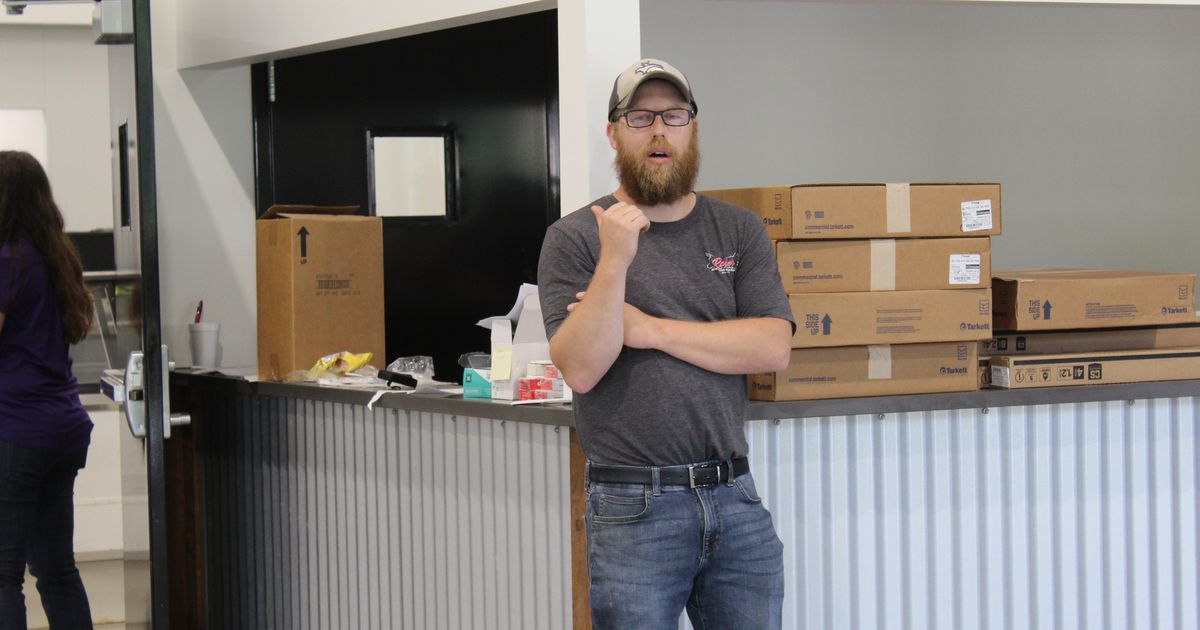 â€œWe are dealing for the farmers and we are dealing for ourselves,â€ said Buddy Courdt, owner of Raber Packing Co., during a tour that was part of the Illinois Beef Association’s summer conference. â€œWe’re still under construction, but we should be open shortly after July 4th. “

The new facility is about 800 meters from the old Raber location which was destroyed by fire almost 2.5 years ago.

â€œIt has been a very long process to get to this point,â€ said Courdt. “This factory is 35,000 square feet.”

After the fire, Courdt said, he looked at many places to build.

â€œWe wanted to be close to where we were,â€ he said. â€œOur old building was not designed for retail, but we did a lot of retail. “

Raber Packing was founded in 1954 and Courdt is the fourth generation involved in the business.

The company is now reinventing itself.

â€œWe used to slaughter 12 to 15 oxen per week and 50 to 60 hogs and this plant is designed to make 50 oxen per week and 300 hogs,â€ Courdt said. â€œIn 1954, we were only raising animals, selling primitives and filling orders for local markets around the corner. “

â€œThis room is wired for a slaughterhouse, but I think we can do some interesting things here,â€ Courdt said. â€œI would like to open it to the public on Friday evening to serve food, offer brunch on Sunday and on Saturday evening organize weddings or meetings.â€

Courdt has lots of ideas for the community hall, like hosting a movie night or hosting a beef tasting and wine event.

â€œThis room is used to introduce people to new products. It’s pretty exciting for us, â€he said. â€œMaybe once a month we’ll have a Meet Your Farmer event where we serve meats from the farm and that farmer is there to answer questions from consumers. “

All aspects of the new facility have been carefully planned.

â€œI really wanted the letters on the facade of the building to look like the old building from the 60s,â€ Courdt said. “And that’s what I tried to do with the windows, so they looked like a warehouse you’d see downtown in the 1920s.”

The retail store is four times the size of the old location, and raw and cooked products are separated.

â€œEverything in the retail area is cooked – bacon, jerky, cold cuts and hot dogs,â€ Courdt said. “You will go to the cold room to buy raw meat like steaks, chops and roasts.”

Many additional products will be offered in the retail store, including wine, craft beer, bread, dairy and seasonings.

â€œWe have a lot of people who process their own pigs or deer, so we sell a lot of seasonings to make salami or bratwurst and things like casings,â€ Courdt said.

â€œI think this building will attract customers an hour’s drive away because it’s not just a place to buy meat, but a place where you can see a bit of what we’re doing,â€ he said. . â€œI really want people to understand what we’re doing, so when you walk in here most of the time you’ll see meat cutting and sausage making. “

Through a window, customers will be able to see bacon or hams after exiting the smokehouse, and a window in the cold room offers the option to view the processing room.

â€œI want the kids to be happy to come here,â€ he said. “I have an antique slicer that only makes 60 slices per minute, so the kids can watch the bacon being sliced.”

At the back of the retail store is an area where customers can purchase their lunch Monday through Saturday.

â€œWe’re going to be using our animal fats to fry our fries,â€ Courdt said. â€œIt makes the best fries you have ever eaten in your life. “

For more information about the Illinois Beef Association, call 217-787-4280 or visit www.illinoisbeef.com.