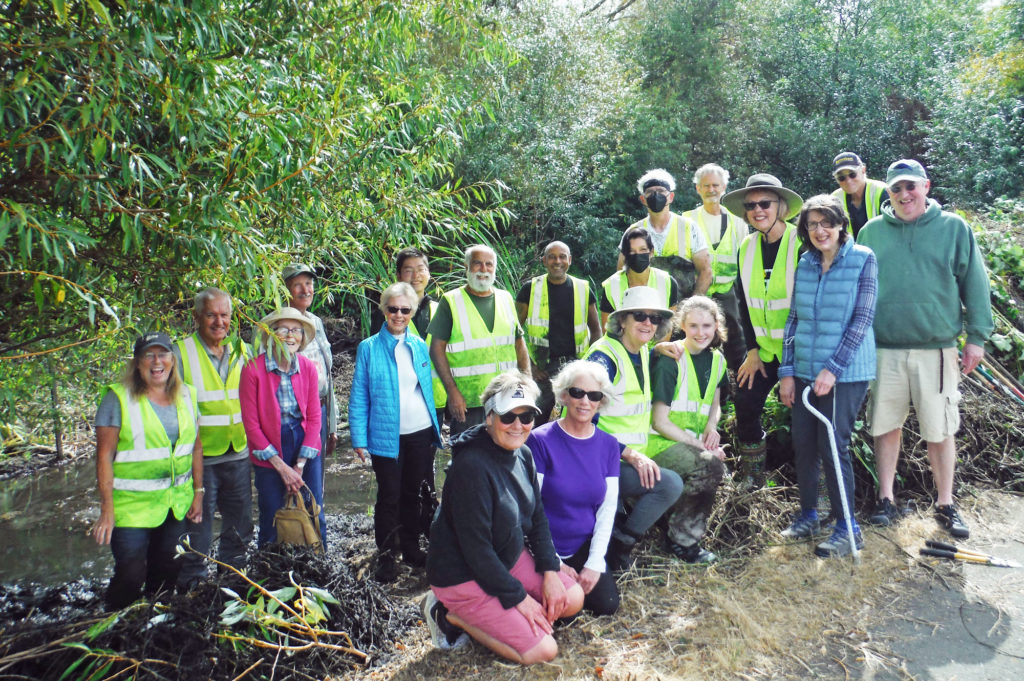 Community volunteers, some of whom were repeatedly covered in mud and sweat, were able to reopen the freshwater flow to the Edmonds Marsh. According to project coordinator Joe Scordino, 47 volunteers participated in one or more of 11 task forces this summer to remove invasive plants and wire fences in the wetland as part of the Washington State Department’s Adopt-A-Highway program. of Transportation (WSDOT).

Multi-year studies by Edmonds-Woodway Students to Save Salmon and the Edmonds Stream team have shown that the flow of freshwater from Shellabarger Creek to Edmonds Marsh is blocked by an invasive plant called nightshade bittersweet growing in thickets on the fences on either side of Highway 104 Scordino, a retired fisheries biologist who coordinated the volunteer effort, used student data to gain WSDOT approval to remove the fence in the wetland along both sides of Highway 104, as well as invasive plants on state property.

While some volunteers in waders worked in the mud and mud to remove fences and vines and nightshade roots, others stayed tall and dry – cutting and bagging blackberry brambles that had to be removed to open the access to the wetland, said Scordino. A total of 46 sections of fence were removed and fresh water flow was restored. â€œMost of the volunteers found it to be a very rewarding experience as they could directly see the fruits of their labor as the stream water began to flow into the work areas each week,â€ added Scordino.

The volunteer working groups will meet again next June to ensure that water flows are not hampered by new growth of invasive plants.