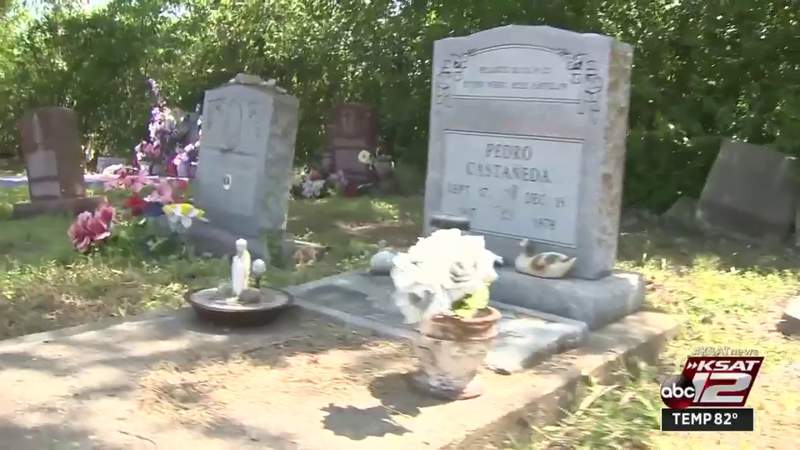 CONVERSER, Texas – Nearly 100 volunteers will participate in the beautification of a family cemetery in Converse which holds a part of the history of the region.

The Panteon de Guadalupe Cemetery, once known as the Separate Mexican Cemetery, has fallen into disrepair in recent years as its members are older and unable to keep up with upkeep.

Conception â€œJoanieâ€ Samudio says that many of his relatives – including his father, uncles and aunts – are buried in the cemetery along Upper Seguin Road, where he meets FM 1516.

â€œOur members that we have are already very old members. They aren’t – they don’t do the meetings anymore, â€Samudio said.

The interview used to be a men’s club, but she says that more recently it is mostly women who have taken on the task or who can physically do part of the interview.

She says around 200 children were buried on one side of the cemetery, but there are only around 60 gravestones.

It was this show that caught the attention of Converse Fire Chief Luis Valdez.

â€œWe think this land here has just settled down over the years. And you can see the stones are knocked over and sort of moved and broken, and it just didn’t look right, â€he said.

With the help of archaeologists at UTSA, Valdez hopes to find out if there are any tombstones underground.

Bexar County Historical Commission cemetery committee chair Scott Baird said he was helping find history to designate the land as a historic site to protect it from further development.

â€œFirst of all, that he was moved. The bodies were moved from Randolph’s property and because Randolph wanted the cemetery. So that’s what makes it historic. I’ve never heard of this before, â€Baird said.

World War I and World War II veterans are buried there, and it was a separate cemetery. He says it also adds to the history of the region.

Valdez encourages the descendants of those buried at the cemetery to participate in the cleanup and future maintenance.

â€œCemeteries are truly a museum. You know it’s really a community story and tells us who was here first and the families you know, the farmers or the workers and, you know, who really built the community, â€Valdez said.

The clean-up will take place from 7 am to 10 am on Saturday, June 19, at Upper Seguin Road and FM 1516. Participants must bring gloves and water. The group will also beautify a German cemetery – the Hermann Sons Cemetery – across the street.

Copyright 2021 by KSAT – All rights reserved.