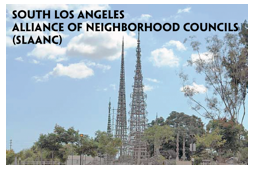 if we had to redo it

It has been 15 years since the first District Councils were accredited and began to organize their first elections. I feel old.

But the introduction of the concept actually started 25 years ago in 1992. I rode my bike to the top of a local mile-high mountain. To distract myself from the boredom of the five-hour grind, I wondered how the public could be better encouraged to engage more effectively in government and in their neighborhoods.

My conclusion was that participation could be increased if people could come together as a whole neighborhood, not just as homeowners or business owners, develop a stronger voice, and begin to make fundamental changes to the political system that would benefit to all.

This was before the advent of search tools like Google that we now take for granted. My research involved a lot of time in libraries going through microfiche for articles on neighborhood empowerment.

Eventually, I came across a reference to the work of a trio of professors at Tufts University. They were writing a book called “The Rebirth of Urban Democracy”. I contacted one of the authors, Dr. Ken Thomson, who sent me some early galley proofs.

At first, I was disappointed that there were other cities (St. Paul, Portland, Dayton and others) that had already implemented the concept simmering in my head. Then I realized that I wouldn’t have to sell a totally out of control idea to the town hall. Now I could just highlight the successes in these other cities and say we could do better.

As I was turning the idea into something I thought would work in LA, my boss, Councilman Joel Wachs, decided to run for mayor. I told him my idea, and he liked it enough to make it the cornerstone of his announcement to race in the summer of 1992.

What followed were years of struggle against a political system that rarely enacted meaningful change.

Richard Riordan was elected mayor in 1993. During the campaign, he endorsed the idea of ​​Wachs ward councils which he had heard at campaign forums. Once mayor, he had little or no interest.

Wachs tried a different tactic. In 1996, he presented a detailed motion to the city council asking it to enact the plan by ordinance.

The motion was referred to the committee chaired by Wachs, but the other two members had their own well-meaning ideas about how to promote community engagement. It became difficult to find sufficient consensus on what to do.

Some other city council members who were elected before the new term limits law took full effect were somewhere between disinterested and outright hostile to any plan that would give the public a chance to get their noses in the tent with louder voices and increased transparency. .

Then Mayor Riordan decided that the city charter needed to be changed to, among other things, give the mayor greater power as the city’s chief executive. The result was the creation of two commissions… one elected and one appointed… who will work for two years to place a totally rewritten city charter on the ballot untouched by elected officials.

The neighborhood empowerment section of the proposed city charter was ultimately approved in essentially the manner proposed by Wachs, minus many details. The reform commissioners wanted a streamlined document, heavy on principle and short on detail. Voters approved the package in 1999.

What followed was the development of the plan for a citywide ward council system which contained the details deliberately omitted from the charter. The new Department of Neighborhood Empowerment (DONE) has organized a massive public input process that has never been matched in Los Angeles. Not even close.

Neighborhoods formed organizing committees to prepare applications for certification. The former delivered their papers to me, now CEO of DONE, at the office in the fall of 2001.

The plan called for neighborhood councils to be “as independent, self-governing and self-governing as possible”. The reasoning was simple. The new councils could hardly be considered ’empowered’ and certainly could not be effective watchdogs and advocates if controlled by the town hall.

The Plan even prescribed that DONE to have to help councils obtain tax-exempt status and/or not-for-profit incorporation “to strengthen their independence”.

Then came a message from the city attorney’s office that turned everything upside down. This irreparably damaged the momentum that was building and created obstacles that still hamper the empowerment effort.

The attorney explained that upon further consideration, neighborhood councils, because they were created by the actions of a municipal government, would have to comply with the outdated and complex Ralph M. Brown law that was designed for all the right reasons in the 1950s to ensure transparency in local government, but made little sense for groups like ward councils.

And under the Brown Law, counsel must also follow state laws regarding access to their records and conflicts of interest.

Instantly, DONE’s role of helping new councils raise awareness, understand government, be good leaders, increase public involvement and get things done with city government, transformed into teaching Council leaders all they couldn’t do with the threat of criminal penalties hovering over them.

Neighborhood council members and stakeholders who failed to resolve a problem studied state laws and used their fine points as weapons. Mediation and dispute resolution was time consuming and divisive.

I call my solution “dissociation”.

Knowing what I know now, my drafts of a neighborhood council system would be very different. 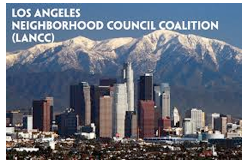 Neighborhood councils would be non-profit organizations.

To take advantage of city benefits, such as money for staff, free offices or office space, communications systems, consultants, and other expenses, to receive additional time to testify at city ​​council and committee meetings, and to have their community impact Statements printed on city agendas, ward councils should apply to the city for grants.

The city has been approving organizations for federal grants for decades, so the process isn’t new. To qualify for these new grants, neighborhood councils would have to meet essentially the same standards they must meet now to be certified by the Board of Ward Commissioners.

The city’s money could be managed by a third party who would be accountable to the city for the proper use of funds by ward councils, thus reducing the accounting burden on ward councils, and many petty squabbles that can suck the air of the room at the board meetings of the councils.

The ward councils and the city would be bound by a contract, so DONE or the council of ward councils could not change the terms on a whim.

Part of the grant requirements would be a “solar provision” that would ensure meetings were open and fair by capturing the most valuable features of Brown’s Law and other state laws, and setting aside those that discourage public participation.

A big frustration is that currently the city cannot enforce these state laws. The district attorney is responsible for investigating and enforcing violations of the Brown Law, and the state’s Fair Political Practices Commission does the same for conflict of interest laws. But they simply never had the time, the staff, or the will to deal with disputes between members of the neighborhood council. They need to focus on corrupt elected officials.

Once truly independent of the mayor’s office, neighborhood councils would be able to wield greater political influence. They could hire their own attorneys, sue the city, and buy their own insurance policies and liability protections. 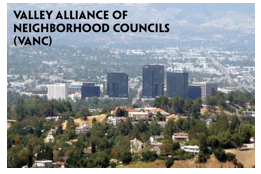 They could become a stronger counterbalance to lobbyists and developers who are currently able to meet privately with all city council members while Brown’s Law prohibits ward councils from doing the same.

The Board of Ward Commissioners would no longer be needed because the formal certification process for Ward Councils would, of necessity, be eliminated. However, there would be an important role for a variety of advisory groups to play in providing grassroots input to FAIT.

To be honest, changing the city charter isn’t easy. The city council, or the public through an initiative, must table an amendment on the ballot.

There is a plan B.

A Sunshine Law (an ordinance approved by City Council and the Mayor) could accomplish the goal of adapting the provisions of Brown’s Law and sister laws to our ward councils.

The order could provide for the resolution of disputes without criminal penalties for violating state laws. Work on such a law is partly completed.

The city charter required that several years after the new ward council system began, a citizens’ commission would meet and review how things were going.

The Ward Council Review Commission has met for two years and agreed that there are inequities in how the Brown Act, the Public Records Act and the State Political Reform Act affect advice. A small group of people, including me, started working on a local sun law. The two-year period passed before he could complete his work.

Completing the Sunshine Law was too much work for the city council members, so it was forgotten. A group of ward council members, perhaps with the help of city staff, could complete the job.

(Greg Nelson is a former chief executive of the Department of Neighborhood Empowerment, was instrumental in the creation of LA’s neighborhood council system, served as chief of staff to former LA councilman Joel Wachs He can be contacted at [email protected] .)
-cw