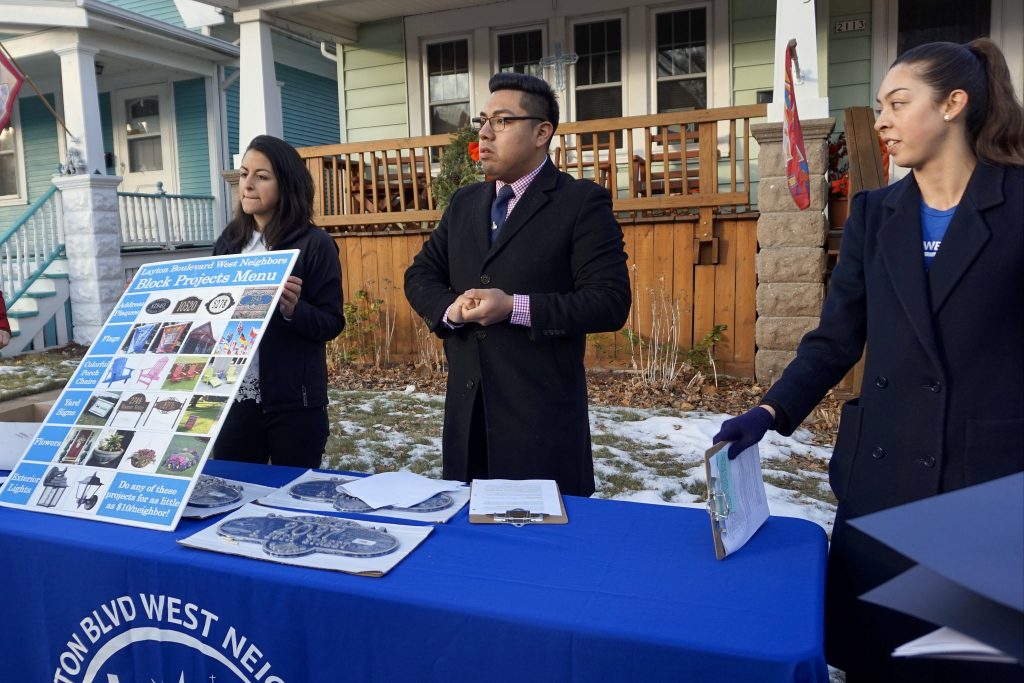 Editor’s Note: This article is part of a occasional series presenting the 12 finalists of the Milwaukee Awards for Neighborhood Development Innovation (MANDI). The LBWN Block Projects menu is a finalist for the PNC Bank Trailblazer Award for an innovative approach to a community issue.

You can vote today for the winners of the People’s Choice Award. Click here to vote.

Thanks to the organization’s Block Project Menu initiative, many residents of Burnham Park, Layton Boulevard and Silver City received address plaques, neighborhood flags and outdoor lighting for their homes. Residents say that thanks to this and other LBWN projects, they feel safer in their neighborhoods and more connected to their neighbors.

The idea for the Block Project Menu arose out of a desire to strengthen leadership and social cohesion among neighbors and improve the safety, identity and appearance of the three South Side neighborhoods supported by LBWN.

In 2011, LBWN created a Quality of Life Plan for its communities, with objectives of improving the appearance of the neighborhood, community safety and social engagement, among others. However, the organization struggled at first to bring about real change, said Jonatan ZuÃ±iga, a community outreach manager at LBWN.

“In community development we have these discussions about how we build the leadership of residents, how do we build social cohesion in various neighborhoods like this where we have residents who speak only Spanish and residents who only speak English, â€ZuÃ±iga said. 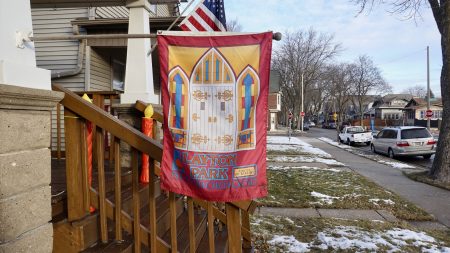 Residents hang Layton Park neighborhood flags outside their homes to show the unity and pride of the neighborhood. (Photo by Elizabeth Baker)

So, in 2016, the organization launched individual block projects, in which residents of a street congregate outside the block and choose the project they want to pursue from a ‘menu’, including flowers, decorative outdoor chairs, flags, outdoor lighting, signage. and address plaques.

“It turns an abstract idea into something concrete that neighbors can do,” ZuÃ±iga said, “and it makes it easier for residents to engage.”

More than 300 neighbors have participated in block projects, including 31 who have become block captains.

ZuÃ±iga recruited resident Debby Montano a few years ago to serve as a neighborhood captain to help neighbors participate in neighborhood parties and projects. Montano has lived in the neighborhood for four years but was never involved in her community until she started working with LBWN.

She said her efforts were paying off.

LBWN surveyed residents of two blocks – one that received address plaques and the other with neighborhood flags – to gauge their satisfaction with their community before and after the projects went into effect. The percentage of block residents who saw their neighborhood as an attractive and desirable community increased from 38% to 71% after receiving the address plaques. Of the block that received flags, 100% of those polled said they agreed or strongly agreed that their block was attractive, compared to 69% before the flags were handed out.

Burnham Park resident Maria Poradek, who speaks only Spanish, said she appreciates LBWN’s translation services when it comes to community meetings or forms she needs to fill out. LBWN translators also helped her communicate with an English-speaking neighbor to resolve a problem.

Jim Gac has lived with his wife in their Layton Park home for 37 years and has seen many changes in the neighborhood. Since helping ZuÃ±iga coordinate a block party a few summers ago, he has noticed increased social pride among his neighbors, he said. More and more people are socializing with each other, neighbors are taking better care of their homes and gardens, and collective efforts are being made to improve security. In addition, with ZuÃ±iga’s help, he can communicate with his Spanish-speaking neighbors and serve as their neighborhood leader.

â€œOne of the things I admire the most is the way they train the neighborhood leaders,â€ Mitchell said, referring to the block captains that LBWN recruited to involve neighbors in activities and events. community projects. â€œNeighborhood community groups can’t always make the change we’re looking for. Sometimes you need the neighbors to touch the ground to do this.

Grants are available to help finance your neighborhood projects