The Marco Island Chamber of Commerce sold out the popular Bistro Soleil at the Olde Marco Inn on Friday January 21st. 2021.

Attendees were welcomed to the event by Marco Island Chamber of Commerce Executive Director Dianna Dohm, who kicked off the festivities by revealing that CJ’s on the Bay and owners Curt and Jacquie Koon were the chamber’s choice. as a Commercial Member for 2021. They were recognized for their commitment to making the island a welcoming destination, as well as for their support of the many nonprofits and other organizations that donate so much to the community. 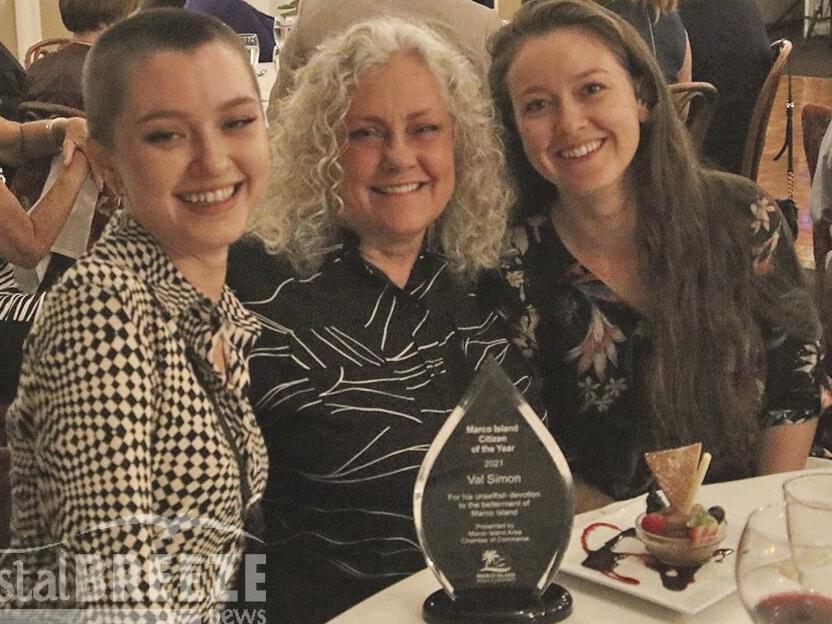 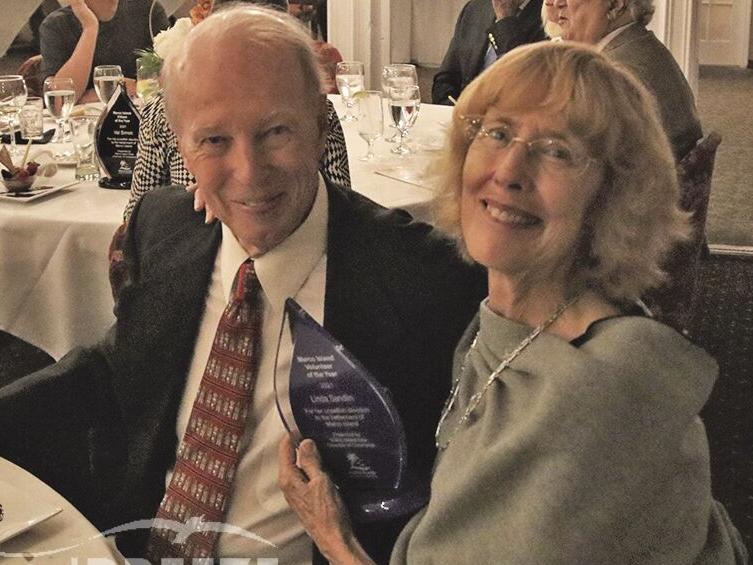 Alan Sandlin with his wife Linda Sandlin, 2021 Volunteer of the Year. 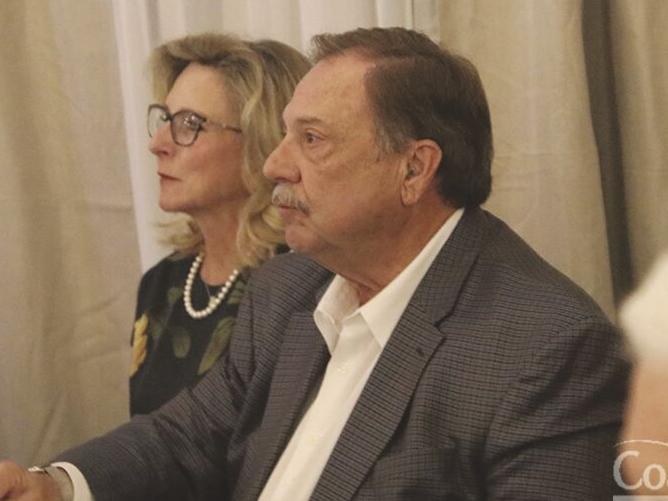 Allyson Richards with her husband Jim Richards, 2020 Citizen of the Year.

The 2022 event also served to celebrate the 2020 and 2021 Volunteer and Citizen of the Year award recipients, a delay caused by the precautions implemented during the COVID-19 pandemic over the past two years. .

The 2020 Volunteer of the Year was awarded to Wanda Burson for her long and ongoing involvement with organizations such as Sunrise Rotary, Christmas Island Style, Sail and Power Squadron (America’s Boating Club) and Marco Island Seafood and MusicFestival. An emotional Burson thanked those present for the award.

The 2021 Volunteer of the Year was awarded to a well-known resident, Linda Sandlin. His leadership in the Noontime Rotary Club of Marco Island and projects such as Flags for Heroes are examples of his commitment to the community. Sandlin dedicated his time for many years to the Marco Island Historical Society and successful fundraising efforts to build the Marco Island Historical Museum. She and her husband Alan are also dedicated members of the Presbyterian Church and involved in its work within the Marco community.

The Chamber promptly announced the Citizen of the Year for 2020 and 2021. For 2020, the Chamber awarded this honor to Resident Jim Richards for his commitment to the community and his philanthropic generosity. Richards sits on several boards and supports non-profit organizations across the island. Known for his dry sense of humour, Richards has described himself as “the guy who sits next to Allison”.

However, getting the 2021 Citizen of the Year award recipient to the event without spoiling the surprise involved some clever maneuvering on the part of the recipient’s two daughters, Jessica and Stephanie. The two sisters told their mother, Val Simon, that they wanted a “girls night” together, then accompanied her to the event. Val Simon, publisher and owner of Coastal Breeze News has been honored as Marco Island’s 2021 Citizen of the Year.

“As a member of various boards and committees across the island, Val has continued to show her support and commitment to making our community the special place that it is,” Dianna Dohm said in announcing her selection.

A moved and humbled Simon took to the podium to thank those present for the trust they have shown in her over the many years she has been part of the Marco community. Of them proud young girls sat and watched their mother accept her well-deserved award.

The final official act of the evening was the swearing in of the 2022 Executive Committee and Board of Directors by Marco Island Councilwoman Becky Irwin. Dr Richard Siegel has handed over the reins as President to Tiffany Homuth, the new President, who will be joined on the Executive Committee for 2022 by Colleen Long as President-Elect, Jacquie Koon as Secretary, Erik Condee as Treasurer , Alex Parker III as Committee Chair and Laura Gelman as Financial Secretary. Board members are Susan Ackerson, Mary Quinton, Nancy Carrington, Rick Popoff, Dan Collardey, Val Simon, James Garcia, Sandi Sims-Ramage, Kaitlen Magdalener and Richard Summer.