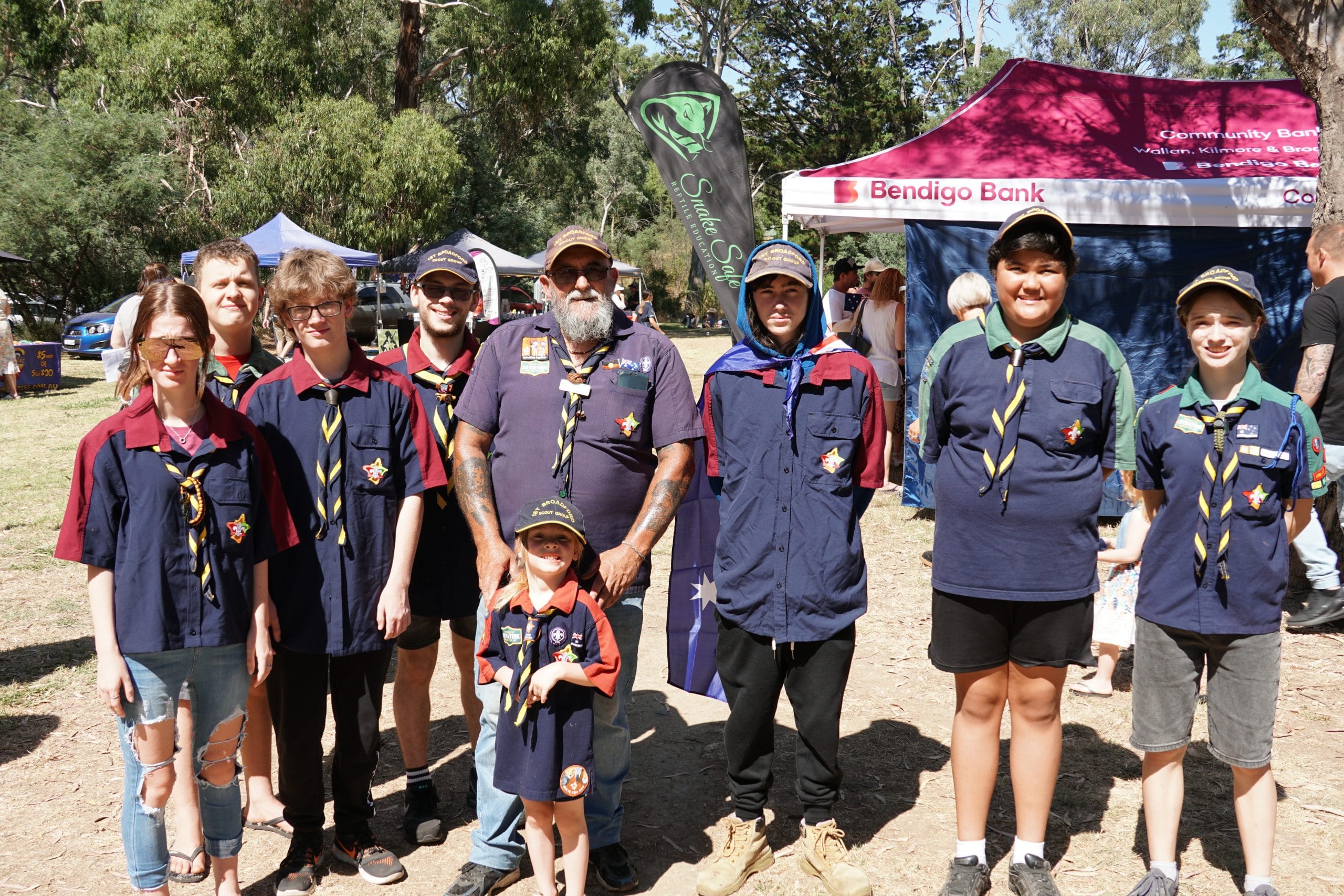 The Mitchell Shire townships presented their own community awards last week in addition to the municipality-wide awards presented by the council on Australia Day.

The group has been recognized for its dedication to the community.

Scoutmaster Craig Waters said the award was “very humbling” for him and the group.

“That the group is recognized, it’s fantastic. There is a fantastic group of leaders and a good group of kids,” he said.

” We help [the Good Friday Appeal for] the Royal Children’s Hospital each year with the Lions Club and we raised a record amount last year.

“We do a lot of community service, we do camping, rock climbing, canoeing, abseiling – you name it, we do.”

“We are strongly involved in the community and carry out projects such as helping people with their garden or repairing their homes. We are working with the Salvation Army in this area,” he said.

“Once we revamped the gardens of the old people’s home because they looked a bit seedy.

“Wherever someone needs help, we will help you. It’s about teaching kids that it’s not just about them. If everyone works together, it’s amazing what we can accomplish.

“The community has done so much for us and we want to do what we can for them.

“We are raising the leaders of tomorrow – not just Scouting leaders, but world leaders and community leaders.”

Mr. Brown has also been recognized for his involvement in various community and recreational groups, including shooting, fishing, football, athletics, cycling and swimming clubs, as well as the Broadford Historical Society, the Broadford Progress Club , the Broadford and District Community Health Center and Broadford Fire. Squad.

Several community groups have set up market stalls alongside food vans, with face painting and musical entertainment for children, as well as a car show. The Rotary Club of Southern Mitchell served a barbecue breakfast for early attendees.

“We had a lot of people and a lot of attractions. The [were] lots of market stalls, lots of free entertainment and people really enjoyed it, especially families – we saw lots of families,” she said.

“I think older people tend to stay away because of the heat and the fact that some of them feel a bit anxious about being in crowds.

“We were lucky…to secure national funding for Australia Day as well as funding from Bendigo Bank which meant all children’s entertainment could be provided free of charge.

“I think there are a lot of families out there who are being picky at the minute, so a bit of free entertainment for the kids is a really good thing to offer.”

Other towns, including Seymour and Wandong, also gave out community awards.

“We had about 75 people there and [Member for McEwen] Rob Mitchell gave a speech,” he said.

“[Cr] Louise Bannister made the introductions for us.

Mr Jensen was credited with helping to found the Wandong-Heathcote Junction community group with his wife Olga in 2001 as part of an effort to oppose unwanted development.

Mr. Jensen has served on the group’s committee and has been at the forefront of community group projects such as the Pickett Walk and Say G’Day Trail developments, Clean Up Australia, Tidy Towns, National Tree Planting Day trees and many more. He was also one of six residents who designed and supervised the construction of Bushfire Memorial Park.

Ms. Gunter’s award was given in recognition of her work with the LB Davern Reserve Management Committee and the Wandong Warriors Junior Football Club.

Ms. Gunter has played many roles with the Warriors, including as team leader, secretary and treasurer. She also helped sponsor an incentive program to encourage players to practice.

The Seymour celebrations were organized at Kings Park by the Rotary Club of Seymour.

Seymour SES Unit Controller Christine Welsh received the community service award for her dedication to the unit, helping the region respond to dangerous storms in 2021.

The day included a bouncy castle, run, sheep shearing and other community displays, as well as a barbecue lunch and flag raising ceremony.