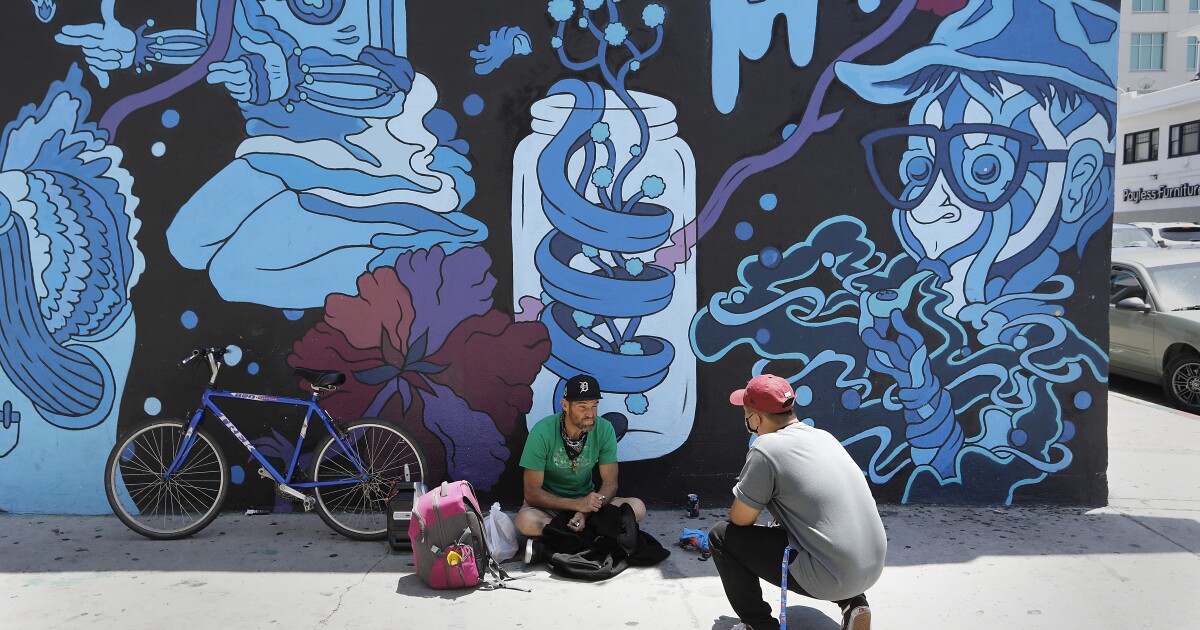 Mayor Todd Gloria and council have managed to increase spending essentially across the board due to the tax revenue stimulus — particularly the sales tax — and $180 million in federal pandemic aid remaining from the 300 million dollars that San Diego received last spring.

The fiscal year 2023 budget also delays $28.5 million in planned contributions to the city’s reserves. But the city is expected to have $52 million in federal pandemic assistance available next summer, which could help fund programs in the fiscal year 2024 budget.

The spending plan represents an increase of about 8% over the city’s previous annual budget of $1.74 billion.

Whitburn said the budget, which increased homelessness spending by more than $28 million, will help in multiple ways in the short and long term.

“It prevents homelessness by allowing low-income residents to pay their rent so they can stay in their homes,” he said. “For people who are already homeless, it provides additional support that we want them to accept. And for those who refuse all offers of help and choose to live in tents instead, it provides additional resources to free our sidewalks from encampments.

In particular, she praised her colleagues for approving $2 million to ensure construction of Beyer Park in San Ysidro, which supporters have called a crucial oasis away from pollution for residents near the border.

“Beyer Park would be like a ‘new lung’ for our community which suffers disproportionately from all the air pollution generated by cars that accumulates daily at the border, both in the morning and in the afternoon. “said Juan Ochoa, a resident of San Ysidro.

The budget also boosts arts spending to pre-pandemic levels. It includes more than $14 million in grants to artists and more than 150 local arts organizations, up from $9.6 million last year.

“We are thrilled to have our funding fully restored,” said Christine Martinez of the San Diego arts and culture advocacy group. “We look forward to continuing to deliver helpful, life-changing programs to over 900 hubs in every neighborhood across the city.”

Meanwhile, several street vendor advocates unsuccessfully lobbied the council to cut the number of staff hired to enforce a new vendor ordinance from 44 to 11.

The budget includes many targeted items that only affect a small area, such as money to rebuild Redlands Drive in El Cerrito and to add railings along Torrey Pines Road. But the spending plan also includes initiatives with a much broader impact, such as the creation of a citywide master plan for broadband services.

On traffic, the budget creates a new traffic management center where city officials can observe intersections and immediately change red lights to ease congestion. There will also be a new crew of workers to replace outdated signal loops – pavement plates near red lights that trigger the lights to change when a car activates them.

Gloria said he delayed planned reserve contributions in part because it could jeopardize federal pandemic aid — if a city can afford to increase its reserves, it’s hard to justify the need for federal pandemic assistance.