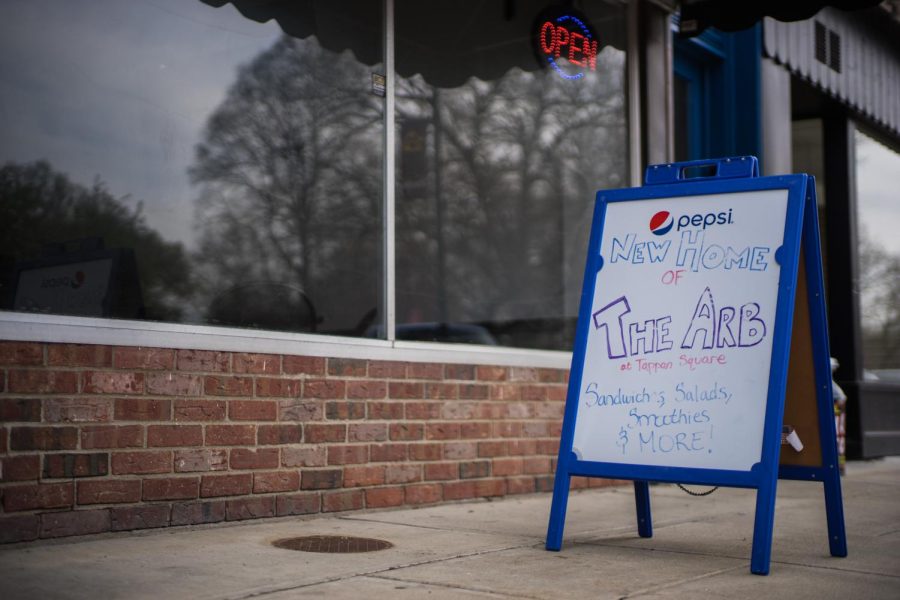 As Oberlin settles into the spring, local business customers can expect several changes downtown. A new business will soon be opening in the former Black River Cafe, and The Arb in Tappan Square has changed location and expanded its menu.

Joe Waltzer, OC ’98, plans to open a wine bar establishment in the storefront that previously housed the Black River Cafe. Waltzer founded the Black River Cafe in 1998 after graduating from college. In 2016, he leased the business to Michael Joseph, who ran the cafe until it closed in 2020.

Waltzer’s liquor license application for the new establishment was presented to the Oberlin City Council earlier this month. He plans to open the wine bar once the license is approved, which he hopes before the start of this year.

“I’m going to be opening in a month or two, doing what will look like mostly a wine store where we’ll have wine to go,” Waltzer said. “We will also be serving wine by the glass on site. … I hope by the end of the summer to have a more complete idea of ​​what I am trying to do. . . . I don’t even know exactly what it’s going to look like. I give him space to grow.

While he remains uncertain about some details, Waltzer anticipates the wine bar will feature local foods and ingredients, starting with lighter items like cheese plates. Later, he hopes to have a full kitchen staff capable of serving an expanded menu. Waltzer also wants to incorporate his extensive collection of cookbooks into the wine bar to inspire people to cook recipes that would pair well with the wine they buy or to cook recipes from the same region as their wine.

Along with the arrival of the wine bar, a few established businesses in Oberlin are moving and expanding. The Arb in Tappan Square and Doobie’s Smoke Shop, both owned by Henry Smith, have recently moved. The Arb moved two units across the street to the old location of Agave Burritory, and Doobie’s moved from the basement to the ground floor of the building it previously shared with The Arb. This change has helped facilitate the expansion of The Arb’s dining options.

“The inspiration behind the move for The Arb was because we were limited when it came to kitchen space,” Smith said. “Now we have more amenities, including a walk-in freezer, a range hood with fryers and a stove.”

“There is so much talent at the Conservatory [and] in college, and the kids need another place to play outside of college,” Smith said.

Smith hopes The Arb can serve as a meeting place for students and community members, and he hopes to promote unity and vibrancy within the Oberlin community.

“I’m from Oberlin and I’m proud to be from Oberlin and just want to continue to make downtown a more peaceful and presentable place,” he said. “So that’s basically our focus when it comes to these companies and Oberlin.”

Oberlin will also offer several community events with the start of the hot season. During the summer, Second Saturdays will feature music, art and activities in the park on East College Street. Chalk Walk will allow community members and artists to make art on the sidewalk. Finally, Big Parade is currently scheduled for May 14 and will be opened by National Teacher of the Year Kurt Russell. According to Janet Haar, executive director of the Oberlin Business Partnership, the city wants to energize community life to increase engagement with local businesses.

“For the most part, our businesses are doing well,” Haar said. “You know, it’s going to take a while for them to fully recover and it’s been pretty slow. We’re hoping, because there’s so much planned…in May and June downtown, that it will bring more people downtown and they will see more business.