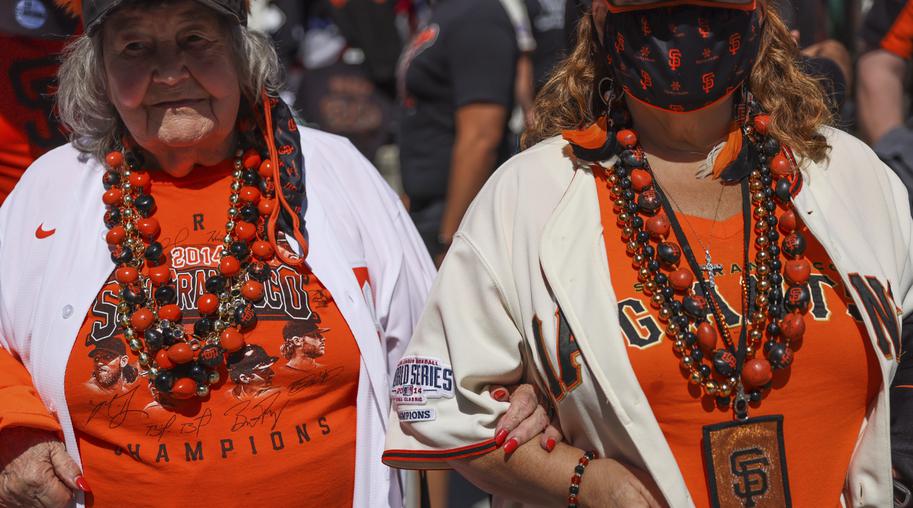 The joyful and strange San Francisco is back. These great community events are just what we need

The purple feathers in her hairstyle fluttered in the breeze and her high-heeled silver boots shimmered. From head to toe, Sister Roma was gorgeous. And Dolores Park itself did the same, its hills crowded Sunday for the annual Easter celebration hosted by the Sisters of Perpetual Indulgence.

Sister Roma and other drag queens named contest winners Foxy Mary and Hunky Jesus as revelers cheered on their favourites. One contestant crossed the stage on a pogo stick, while another circled around on roller skates. And suddenly, San Francisco looked like San Francisco again.

“It’s better than it used to be,” Sister Roma told me of the first Easter celebration in three years due to COVID-19. “It feels like a real party. We survived four years of Trump and two years of the pandemic. San Francisco really needed it.

This column usually focuses on what’s wrong with San Francisco – and the list is long and growing. But it’s important to remember what’s good about the city and why it’s worth sticking around to solve its myriad problems. What has felt very good lately is the resurrection of large community events where friends and strangers alike come together to celebrate this joyful and strange place we call home.

For the sisters’ Easter, I bought two of Joe Mac’s homemade beanies, which were sold at a Castro bar with part of the proceeds going to charity. He’s been selling dozens of them every year for nearly 30 years, a business that takes him months. (“I’m home with four hot glue guns and a bag of feathers, and I wonder why I don’t have a husband,” he shrugged.)

My last two weeks have also included the Soapbox Derby at the San Francisco Museum of Modern Art, Opening Day for the Giants, San Francisco Restaurant Week, and the first Muni Diaries Live at the Rickshaw Stop since November 2019. (For the uninitiated, c This is when people get onstage to tell bizarre, scary, or touching stories about riding the bus before two others face off in a transit-themed haiku battle. Just another night in San Francisco.)

Other events over the past two weeks have included Sunday Streets in the Net and celebrations marking the 415th day on April 15, the anniversary of the day San Francisco was incorporated in 1850. On Wednesday, the city 4/20 Party Resumes at Golden Gate Park — this year with on-site cannabis sales. And, of course, the Warriors make a splash in their first playoff game in San Francisco since 1964. (Cow Palace is almost entirely in Daly City and doesn’t count.)

Coming ? Bay to Breakers, the race in which runners wear silly costumes or not much at all, takes place on May 15 after going virtual during the pandemic. Sing-a-Long Sound of Music returns to the Castro Theater on the same day. (My favorite costume from back in the day was a woman dressed as a Sister Margarita with a salt-rimmed margarita glass surrounding her nun’s habit.)

I also look forward to Muni Heritage Day on June 4, when the old cable cars and historic trams, no longer suitable for regular service, come out for rides. And Pride will be celebrated in person for the first time in three years on June 25-26.

And luckily for us, that’s just a glimpse of what’s to come.

I vividly remember trying to negotiate with the gods of COVID during the worst of the lockdown. If only I could dine with close friends and extended family again, I could easily forgo big events like sports games and parades. That’s what I promised, but I’m glad it didn’t happen. San Francisco has always buzzed with huge community events – and it just wasn’t the same without them.

“Collectively in San Francisco, there were all these things that we live here for that we couldn’t do anymore,” said Tara Ramroop, co-founder of Muni Diaries. “The fact that these have just been surgically removed from our existence in San Francisco has made the pandemic even more difficult. When you can’t bond with strangers because of all those stupid things we get together for, it just makes it feel even more lonely.

When she decided to put on Muni Diaries Live again, she was worried that people wouldn’t come. Maybe they weren’t ready to meet in person after so much isolation. She was wrong – and the show quickly sold out.

Pendarvis Harshaw, podcast host and columnist at KQED, was surprised to watch from his perch as emcee of the Soapbox Derby at McLaren Park to see throngs of people from across the Bay Area packing both sides of the course .

“To get a vantage point where I’m standing on this platform seeing the sea of ​​people all the way up the hill and a whole bunch of smiles, it was pretty tight,” he said. “It was like the berry was back.”

That’s how San Francisco Giants president and CEO Larry Baer felt after fans packed Oracle Park for an extra win on Opening Day. A recording of Tony Bennett singing “I Left My Heart in San Francisco” competed with fans chanting “Let’s Go Giants!” as happiness echoed throughout the stadium.

We texted after the Giants’ first series of the season ended.

“With all the pain and challenges in our community, these last three days at the ballpark have hopefully given 115,000 fans a sense of escape and joy,” Baer wrote. “And a common feeling, with hugs and high-fives, that we haven’t shared in a long time.”

I saw Manny Yekutiel, founder of Manny’s Civic Engagement Space, on Monday, and he was still feeling the good vibes from the sisters’ Easter event.

“San Francisco is such a fun, happy, amazing city,” he said. “I just like a Jesus on a pogo stick.”

They will also host a tribute to Emperor Norton with San Francisco trivia, prizes and interviews with Joseph Amster, who plays Emperor Norton on his tours of the city, and local history buff Nicole Meldahl. 6:30 p.m. April 28 at Manny’s, 3092 16th Street. welcometonnys.com.

Celebrate Earth Day with community events for young and old