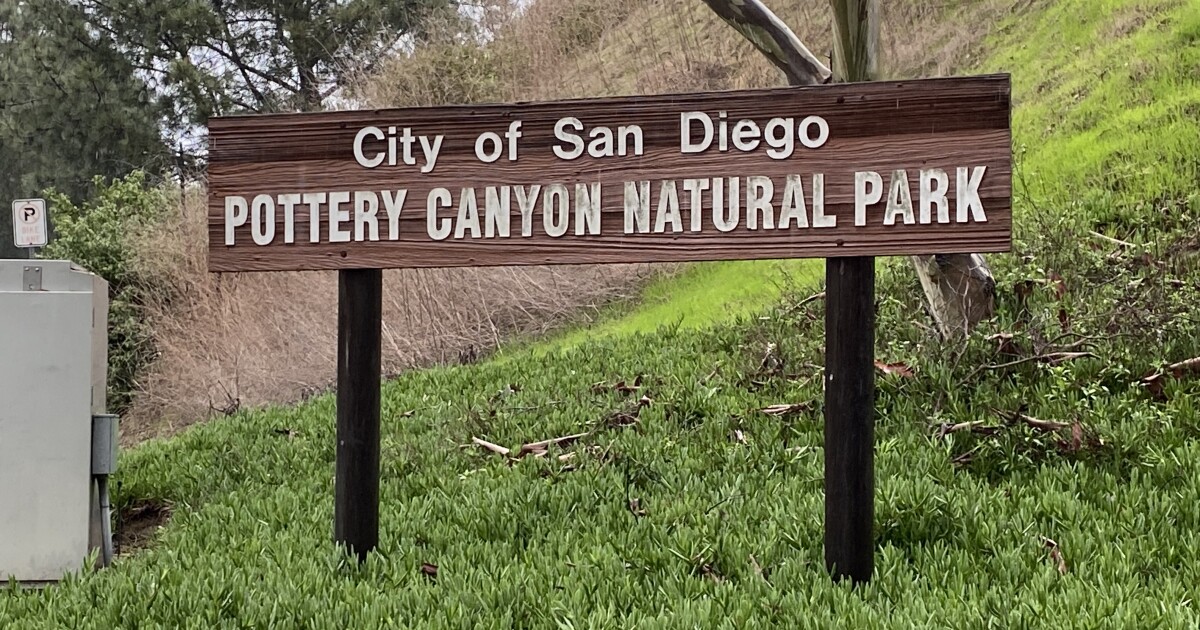 The Pottery Canyon Sub-Committee, now under the Shores Group, will seek community volunteers

In preparation for the transfer of oversight of maintenance issues within Pottery Canyon from La Jolla Parks & Beaches to the La Jolla Shores Association, members of an ad hoc committee formerly under LJP&B provided an update on the group’s progress during of the August 11 virtual meeting of the LJSA. .

In March, it was determined that Pottery Canyon was within the boundaries of La Jolla Shores and would therefore be under the jurisdiction of LJSA. Prior to this discovery, he had been overseen by LJP&B, which formed a committee to address residents’ concerns about fire hazards. The committee will report formally to LJSA with updates going forward.

Since its formation, the committee has explored ways to rid Pottery Canyon of “overgrown, dry brush and trees,” Alexandra Corsi, LJP&B member and co-chair of the committee, told LJSA.

She said the group, which includes representatives from LJSA, LJP&B, the City of San Diego and the nonprofit environmental group San Diego Canyonlands, came up with a “brush cleanup proposal,” but “the project was suspended because no work could begin until the fall due to environmental constraints” such as the gnatcatcher breeding and nesting season.

LJSA President Janie Emerson added, “You can’t just walk in and clean it all up because it’s a nature park. You have to do it at certain times and only certain things can be cleared, so it’s very different than going somewhere and removing everything that’s dead.

Corsi said the group is “preparing” to begin work in September. “The Jolla Shores Association will determine the strategy for enlisting the help of community volunteers” in the canyon cleanup.

“The good news is that the city has a new volunteer program,” Corsi said, “so anyone who wants to volunteer to clean up as part of this effort” can do so.

LJSA board member Dede Donovan will now serve as chair of the committee. “My personal hope is that the Pottery Canyon effort will be more than just a cleanup, that it will help this little area grow into a really beautiful park that could be used by residents,” she said. .

Regulations: LJSA began a discussion on its bylaws and announced that a special meeting would be held to vote on any revisions on Tuesday, August 17.

“We needed to be sure that beyond COVID, the association had flexibility in those areas,” she said.

During the meeting, a discussion ensues between the members of the board of directors on various points.

Board member Rick Kent took issue with a section that stated that “the Board reserves the right to periodically update the list of registered members and to delete entries where membership information , emails and addresses have expired or are no longer valid”.

“The meaning of ‘otherwise’ is a bit vague,” he said. “It’s that broad discretion that always concerns me when I read some of this stuff.”

Emerson said “regulations are meant to be the big umbrella, and they’re meant to give you as much discretion as possible within a structure.”

Emerson said the ban is “pretty common in most board associations…that you don’t have two people from the same family sitting on a board at the same time. It’s a conflict of interest . »

Currently, some other La Jolla groups, such as La Jolla Parks & Beaches, have no such stipulations; LJP&B and the La Jolla Community Recreation Group (the La Jolla Recreation Center Advisory Board) have married couples on these boards.

The corrigenda and the revised statutes will be voted on during a special session at 6 p.m. on Tuesday August 17 (beyond Lights deadline), online. For more information, visit lajollashoresassociation.org.

Update update: Shores resident Jeff Scott, who leads an LJSA subcommittee to explore forming a maintenance assessment district for the region, said the committee was following the City of San Diego’s process, but that it was a multi-year process.

La Jolla currently has two MADs: one in Bird Rock, run by the Bird Rock Community Council, and another in The Village, run by Enhance La Jolla. By adding an assessment to property taxes, a MAD creates a funding mechanism to provide services beyond what a city is able to administer.

“We started with a petition, then we had to hire an engineering company to write a report, in which the limits, the scope [and] cost estimates would be confirmed,” Scott said.

The process would then move to “a more public phase with hearings and balloting that would ultimately lead to a city council vote” to approve the MAD. Scott estimated the process would take “a few years”.

He said the most immediate action for the LJSA committee would be to “define the benefits that we would like the MAD to do”, noting “there is some flexibility at all levels in terms of” activities that various MADs regional take. at the top.

He asked LJSA members to submit “creative ideas on how you’d like to see the maintenance of La Jolla Shores improve: it could be anything from harsh landscape to scenery to garbage collection and the establishment of recreational facilities on the beach”.

Ideas can be emailed to [email protected] in the next week or two, he said, before the committee begins “analyzing and categorizing” them; a firm deadline for emails was not given.

The committee should also define the boundaries of MAD, he said, perhaps limiting it to “downtown” The Shores or including the entire community.

Scott said the committee would then create a non-profit organization to run the MAD and begin seeking public support.

“We have quite a bit of homework to do,” Scott said.

Lifeguard report: Lt. Lonnie Stephens of the San Diego Fire and Rescue Department said lifeguards “have their eye on Labor Day weekend” but “lifeguards continue to be busy here in La Jolla Shores and Black’s Beach”.

In July, “we had about 250,000 visitors to La Jolla Shores,” he said, with lifeguards performing about 7,400 preventative actions or warnings given to people in the water.

There were also 203 water rescues and 74 medical aids performed in July, Stephens said.

“As we approach this Labor Day weekend, you will see that a large proportion of our seasonal staff will return to university or go back to their winter mode, so we will continue to staff our beaches, but we will reduce our workforce,” he said.

“We’ll always have our lifeguards at the beach ready to respond, but we’re just trying to finish strong and get through Labor Day with the busy crowds and the water conditions we had.”

The next regular La Jolla Shores Association meeting will be at 6 p.m. on Wednesday, September 8, currently scheduled as a virtual meeting. lajollashoresassociation.org ◆