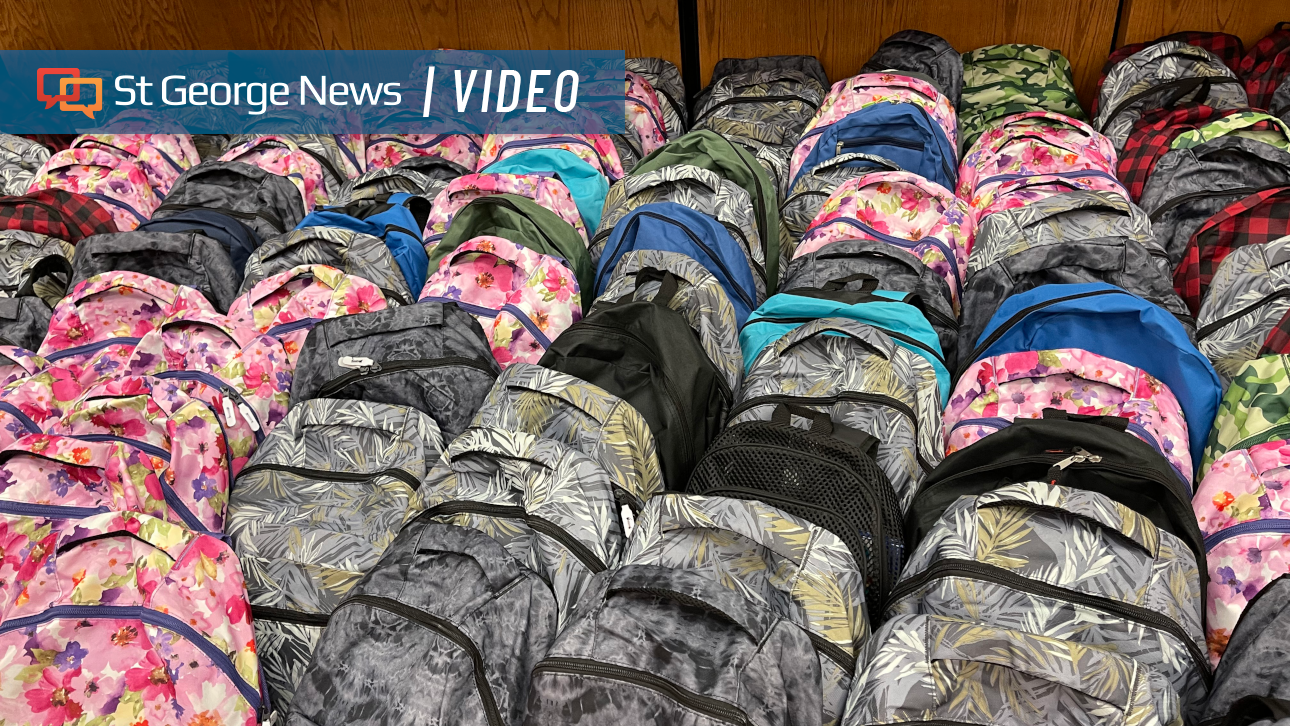 ST. GEORGE- Back to school requires a lot of material: pencils, paper, notebook and backpacks.

It can be an exciting part of returning to reading, writing, and numeracy. For some families, however, finding the necessary supplies can be difficult. This is where a number of individuals and non-profit groups come to the rescue of students in the Washington County School District.

Each year, hundreds of volunteers gather to fill donated backpacks with supplies for children in Washington County. The Backpacks for Kids program began almost 20 years ago by filling 15 backpacks with school supplies. Since then, the need has grown exponentially. This year, the group filled approximately 700 backpacks, each containing age-appropriate materials. Steve Tippetts, president of Backpacks for Kids, said the number of backpacks needed this year was down from 900 last year.

“I believe it’s going down because more and more organizations are getting involved,” Tippetts said.

In anticipation of the next school year, which begins Thursday, volunteers have been organized into assembly lines to fill new backpacks with supplies. With so many people showing up to help, it only took about half an hour to get the backpacks ready for delivery to the Washington County School District.

From there, the backpacks are discreetly given to the students so that they have the supplies they need at the start of the school year. Tippetts said the average cost to fill a backpack is around $35, though that price can go up to around $45 if high-priced items are needed.

Backpacks for Kids financial secretary Kim Hugentobler said the program depends on donations from corporate sponsors such as Costco, Walmart and Cache Valley Bank. Groups like the Dixie Elks Lodge, St. George Sunrise Rotary and Summit Sotheby’s Cares are among the civic organizations also contributing. In addition, many people step in with contributions of time and money.

Everyone on the bridge

Sending children to school with the supplies they need fits well with the mission of several nonprofit organizations in Washington County. The Dixie Elks Lodge has participated in the Backpacks for Kids program for several years. Elated leader Bob Matteson said he held a spring fundraiser that raised nearly $3,500 for the program.

Likewise, the St. George Sunrise Rotary Club donated funds from a charity event to Backpacks for Kids. President David Nelson said this year their group was able to hand out a check for $2,800 so that every child could start the semester on equal footing with school supplies.

“We thought it would be important for them to show up, regardless of their economic situation, with a backpack full of supplies they need for the school year,” Nelson said.

Washington County resident Kati Lindquist was motivated to help children get school supplies when a family member received help in the form of three backpacks last year. Wanting to give back, Lindquist led an effort on her own. Thanks to donations from local sponsors such as Best Deals Springs, St. George OBGYN, Bryce Christensen Excavating, JKR Windows and Holbrook Asphalt, Lindquist raised $1,150, which was enough to fill 100 backpacks with school supplies.

Adele Park is an Audie Award-winning writer, producer, voice artist and editor. After earning a bachelor’s degree in humanities and fine arts from Mesa College, Park embarked on a career in radio and television that spanned more than 30 years. Park is owned by a long haired Siberian cat named Allison.