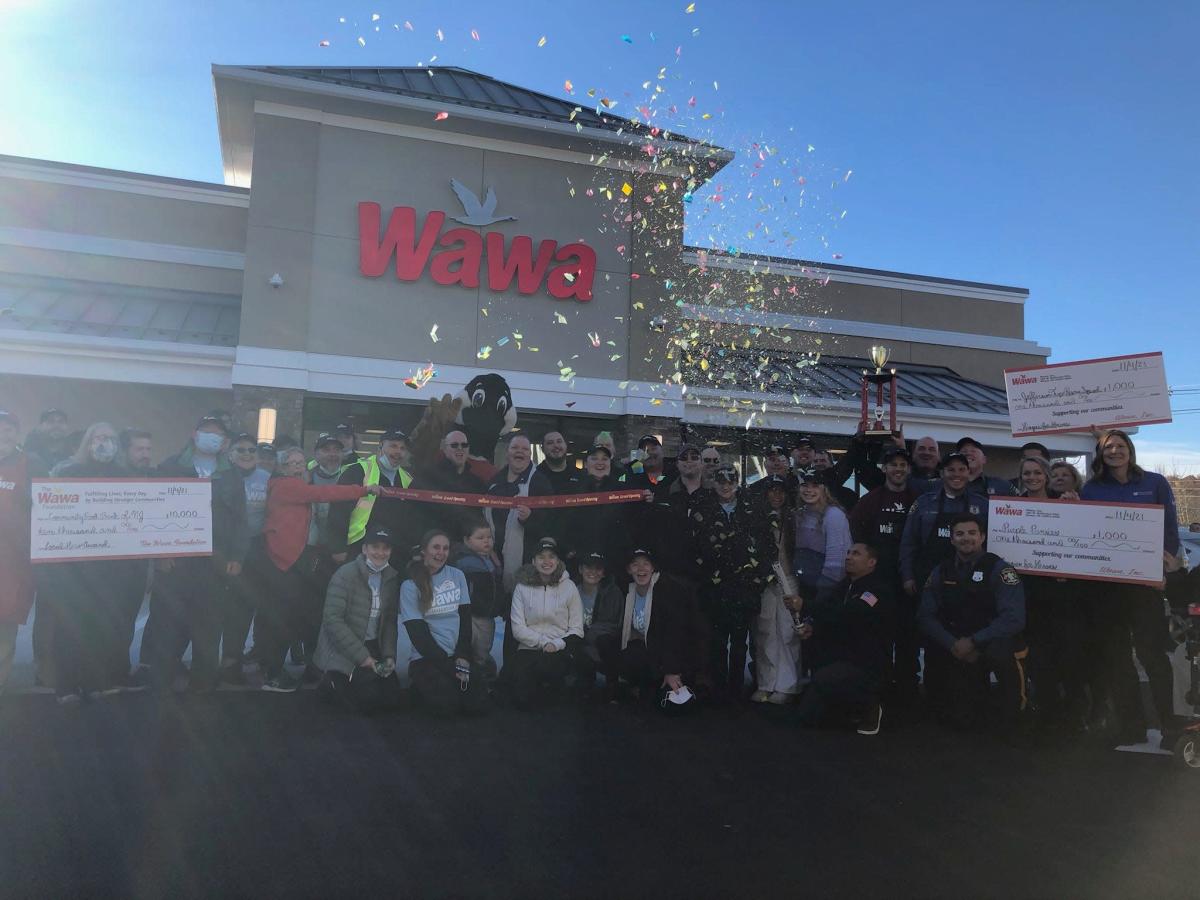 JEFFERSON – Wawa opened its doors Thursday morning by highlighting the various volunteers who are the strength of the community.

Local leaders and first responders, Wawa employees and company mascot Wally were on hand to celebrate the grand opening of Route 15 South, marking the chain’s first store in the township.

After a visit to the new store, company officials discussed the possibility of forming a close partnership with the region.

â€œIn addition to providing the ultimate level of convenience to our customers, when we open a new store, we love to celebrate our commitment to the community and being a good neighbor,â€ said Jason Read, Wawa store operations manager. â€œThis commitment is at the heart of a very special culture that exists in all of our stores and makes our associates, customers and community members a lifelong family and friend.â€

This same commitment is evident in Mary O’Connell, the recently retired coordinator of the Check-Out Hunger campaign with the Community FoodBank of New Jersey. O’Connell was honored at the opening of the Wawa Foundation Local Hero Award for her efforts. She received a medal and a check from Wawa for $ 10,000 to FoodBank.

Jefferson’s location marks Wawa’s third store in Morris County and 267th in New Jersey. The company has opened 10 stores in the state so far this year and is expected to open seven more by the end of the year.

The new store will have 50 employees and will be managed by General Manager Alicia Harenza.

â€œI can’t imagine a more difficult time to do what we did than in 2021,â€ said Wawa regional manager Bill Ott. “The team that came together to bring this store together under the most difficult circumstances that many of us have seen in our lifetimes, have done an amazing job.”

The ceremony also included Wawa’s â€œHoagies for Heroesâ€ competition with two teams competing to see who can build the most Wawa sandwiches in three minutes. The Jefferson Police Department triumphed over the Rescue Squad to win a trophy and bragging rights. Each organization received $ 1,000 from Wawa to donate to the charity of their choice.

â€œSince I became mayor just over three years ago now, I have really strived to create a good business environment,â€ said Jefferson Mayor Eric Wilsusen. “It’s so great to see a new business come to town to support our community. We welcome Wawa here today and wish you every success in the future.”